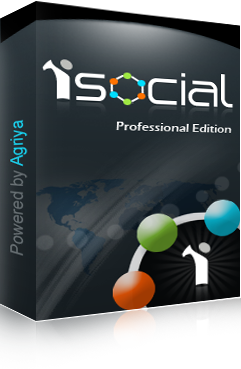 2011 was the year for a lot of iOS apps. From entertainment, to social networking, gaming and even photography, a lot of app companies made their mark in the Apple market. Here are 4 of the top apps that popular and famous during the past year:

1. Snapseed – A lot of photo editing and photography apps that stormed the Apple market. One of the most popular and less expensive photo app, even until now, is Snapseed. For $4.99, you get a user-friendly interface that lets you take photos, edit them and even share them to your friends. It has a nice mix of basic editing tools and fabulous effects that will surely bring out the photographer in you.

2. Flipboard – This was initially launched to be a social magazine only for iPads. December of last year, they finally launched it to all other iOS devices. There are numerous updates to the app which includes the intergration of LinkedIn and other more 3rd party apps. They also have a new iPhone-specific Cover Stories feature which gives users things that they are most interested in, definitely the best app of 2011.

3. Google Translate – A lot of translation apps have scattered all over the Apple App market but Google Translate is definitely the best transalation app of all time. It translates text between 63 different languages and even lets users bookmark or “star” the best translation for later use. Apart from it translating written language, it’s also able to translate spoken words into other languages.You might wanna go ahead and try this app if you happen to be in another country, definitely a big help!

4. Super 8 – Based on the hit JJ Abrams and Steven Spielberg film, the Super 8 app lets users record videos in Super 8 camera quality. With features like shaky cameras and scratch overlays, this app definitely gives you that vintage film feeling that lets you capture memorable moments in Super 8 Quality.